In a post cheap oil world we will be at a loss for many forms of energy we currently depend on, primarily transportation fuels.  However, electricity in the form of renewable energy will still be plentiful, it is just a matter of capturing it.  Being in a city, wind energy isn't a first choice option In one of my first posts I calculated how much solar energy could be captured utilizing my entire roof.  I disregarded cost of the panels in this scenario assuming that without oil or coal electricity, people would be more willing to maximize their systems regardless of cost.  However, I choose a middle-of-the-road panel efficiency of 8 watts/sq ft (I've seen up to 16w/sq ft).  Dividing the total solar roof array by 6 people I came up with a personal electricity budget of 6.82 kWh per person per day.  This number seemed pretty high, however, and would actually cover our current electricity use according to our bills.  Because of this and to take into account less efficient panels which are more reasonably priced currently I cut this number in half to come up with an electric budget of 3.4 kWh per day.

Similarly to my water calculations, I then measured all of my daily electricity use with a Kill-A-Watt Meter to come up with metrics.

I found that I use about 6.7 kWh per day.  Unlike water use, however, the small-wattage devices such as light bulbs really add up because they tend to be the ones which are on for the most hours of the day.   Regardless, it is still interesting to experiment with alternative ways of accomplishing tasks without electricity.  Before the project I calculated that I typically have about 6-7 light bulbs on at any given time the hours that it is dark outside.  I reduced this use to making sure I only had two light bulbs on at a time.  One of the things I tried to supplement this light was making my own candles-out of soy wax because regular wax is a petroleum product.  I used only candles for light for a few weeks but found that I needed at least one light bulb on for reading. 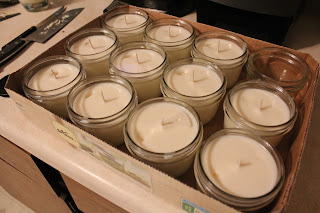 I researched how much energy was involved with various methods of cooking: toaster oven , electric oven, stove burner and microwave.  I found that microwaving is about equal to the energy use of an electric stove top burner.  An electric oven is about twice this energy.  On Day 24 I blogged about the rise of electric use in homes throughout the last 50 years.  With more and more appliances using electricity instead of manually operating, the small uses end up added up to a lot.

I eliminated some uses of electricity entirely including; hair dryers, use of the oven, cut light bulb use 75%.  I began using a mini fridge instead of the large one and saved 2/3rds of the energy for refrigeration.  There were added uses of electricity during the project as well.  I started using a high-intensity fluorescent grow light to grow food indoors and had to make up for this use with my other electricity savings.


Below is a chart of before and after electricity use: 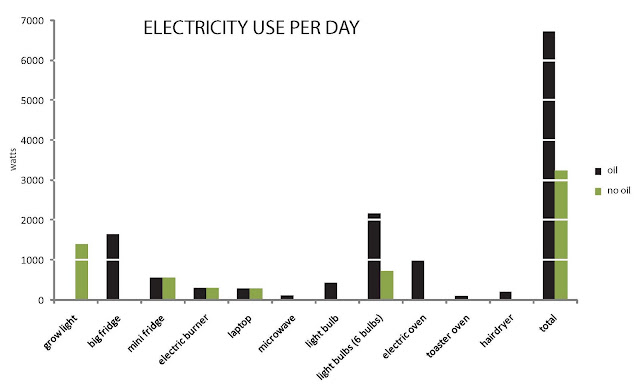 Lastly, I explored the use of solar power by visiting the PassiveHaus in the Woods as well as volunteering with the Minnesota Renewable Energy Society at their state fair exhibits.  I tried out my own application of solar power on a small scale by building a solar-powered stereo which mounts on my bike.  These experiences gave me an understanding of the potential of solar power, but also how far we have to go to meet our current energy needs. 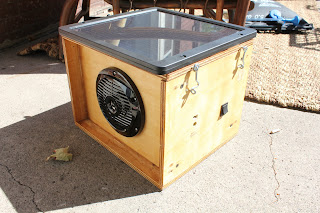 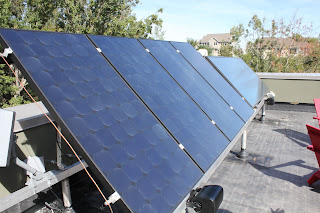