My brother Brian and sister-in-law Sarah are professional food dehydrators.  They lead trekking and camping trips and dehydrate food to cut down on costs and provide healthy, pre-prepped food to their campers. Thankfully, they were up vacationing from oil for the weekend and could offer their skills.

There are different kinds of dehydrators; convection-only ones, convection with fan ones and solar powered machines.  My roommate's dehydrator is convection-only, so it has heat coils and the air is pulled through the trays as it cools to dry the food.  This cuts down on energy and is totally silent, but takes a LONG time.

Brian and Sarah scared me into realizing that many of the foods I eat consistently now are going to be gone in a matter of weeks.  I have already frozen some pears and hot peppers, but space in our freezer is limited, and as soon as the heat kicks on, I am going to need to minimize my energy budget as much as possible.  Its hard to tell exactly when things will start to disappear, but to be on the safe side, I am starting to dehydrate now and will continue eating fresh until its gone.  Today we did:

The funnest part was checking out with an ENTIRE basket of peppers (and then trying to fit it all in my bag).

Dehydrating takes a LOT of energy.  0.1 kWh per hour, if it is on for a day (about how long it takes for one load) that is 2.4 kWh, so definetly going to eat into my energy budget.  For comparison, the fridge uses .068 kWh/hour, but needs to be on all the time.  In this way, dehydrating may be one of the most energy effeicient ways of preserving food because once it is dehydrated, it doesn't need any energy until it is cooked. 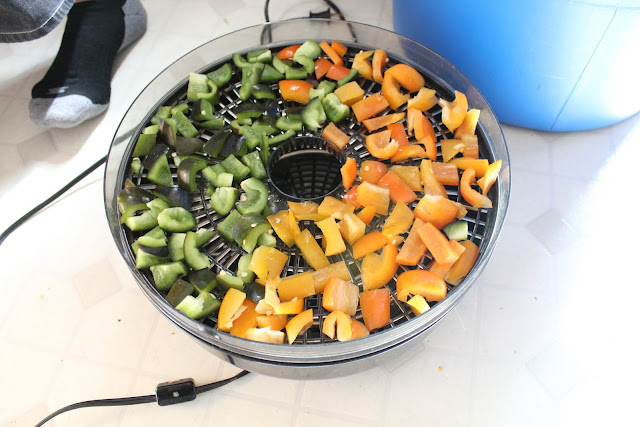 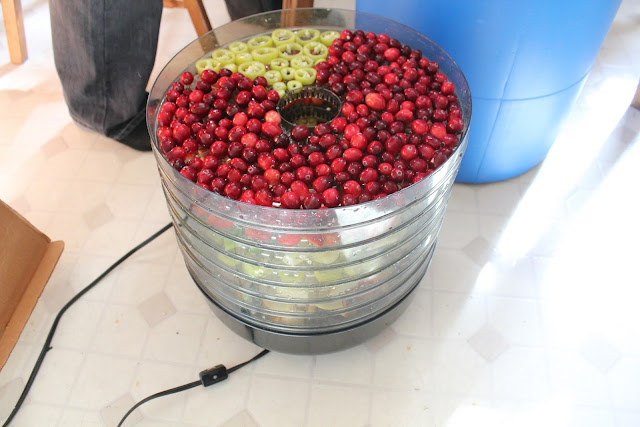 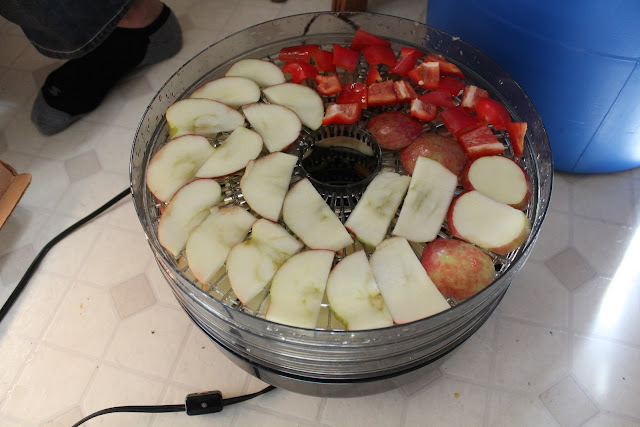 The Wedge Co-op near my house does a great job of transparently showing information about many of the products they sell (especially produce and bulk foods).  The data on food sourcing they have is compiled at check out to give you a percentage of local foods and organic foods bought on a bar graphic on receipts (see below):
﻿﻿
﻿﻿
In addition, they provide the location of where each produce item (and some spices, bulk foods and dairy) is from, including the farm name.  This information is on cards (green colored ones for organic and orange for conventional) near each item and have icons identifying local foods.  This level of transparency is what has allowed me to compile the information I need for this project about where foods are from, as well as easily shop for only local, organic items.

My friend, Arlene Birt has been working on a prototype for an in-store, retail-wide system for displaying information on grocery product backgrounds at point of sale.  The product was exhibited at the Spark Arts Festival on the University of Minnesota campus today and we went to check it out...

Arlene's project proposes a combination/merging of the information which is currently put on cards and the database of information in each check-out computer.  This would allow each item to be looked up afterwards so people can begin to get an idea of where their food is coming from.  Really great.  Many co-ops already have most of the information needed for this kind of a system, it is just a matter of increased database information, and rigorous updating to allow consumers easy access to where their foods came from.

"TRACEPRODUCT.INFO aims to visualize the narratives behind the seemingly ubiquitous everyday objects that we interact with as consumers; focusing on the ways in which these products connect us to the larger world.

By bringing the attention of the shopper to the detailed and factual backgrounds of their everyday choices, TRACEPRODUCT.INFO seeks to inspire people to understand more about how their individual purchases impact global environment and society."

At this point, the database of knowledge about each product's sourcing isn't compiled in a single location so it has not yet been installed.

"But it is our belief that systems will soon be developed on a national-level to support such interaction. To convey the concept of what such interaction could be like once such information is more readily available, this system is populated with a set of example coordinates."

A you-tube video of the product is found here: http://www.youtube.com/watch?v=GadWxWH8YYg
And link to the trace website: http://traceproduct.appspot.com/ 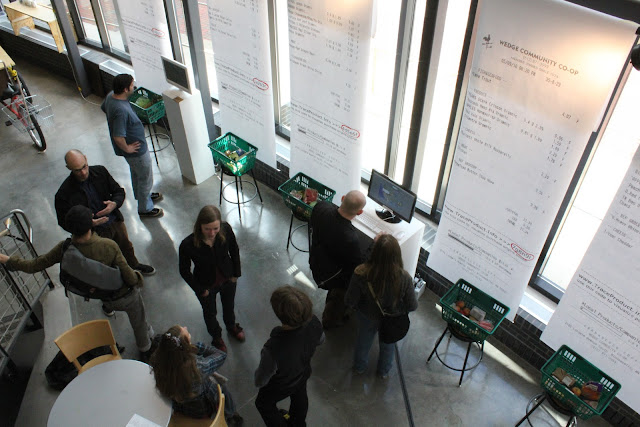 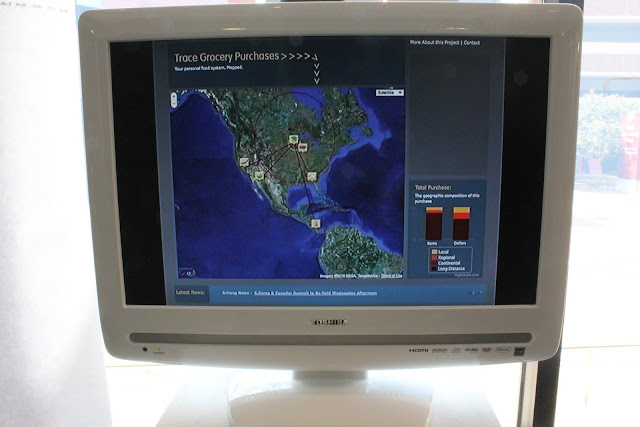 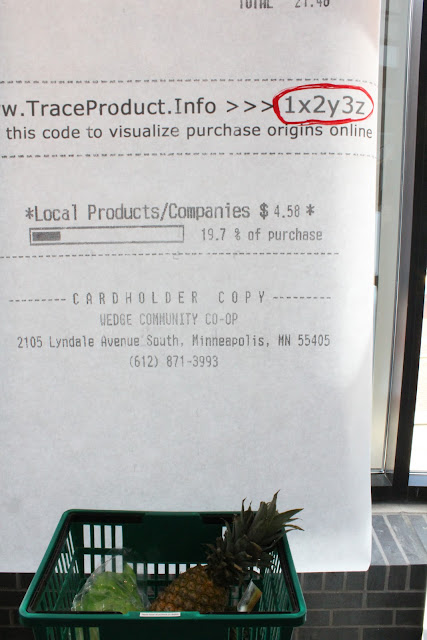 Posted by Molly Eagen at 2:28 PM No comments: