There are a lot of ways to carry stuff on a bike. I see many people using burley trailers (with or without children inside), but without forking out the couple hundred bucks for one of those here is a great list of DIY bike trailers from http://www.chiark.greenend.org.uk/~armb/cycling/trailer.html)

Some load carrying alternatives to trailers:


http://www.xtracycle.co.uk is no longer working (was UK distributer), but ISON stock the Surly Big Dummy. Xtracycle now publish the critical dimensions of their bikes as a standardfor anyone who wants to build something compatible.

Here are some examples of people carrying ridiculous amounts of stuff on bicycles:


And finally, lets not forget that bicycles and walking are major forms of transportation all around the world.  Next time you think you need to drive your car to run those errands, consider this, (from http://www.aliraqi.org/forums/showthread.php?p=147793536): 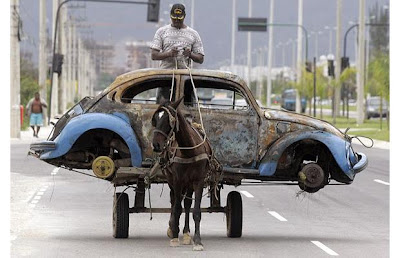 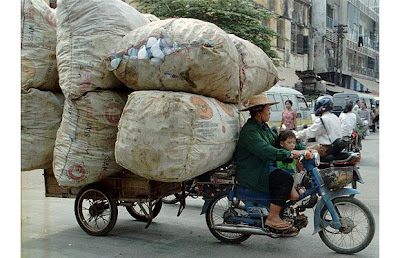 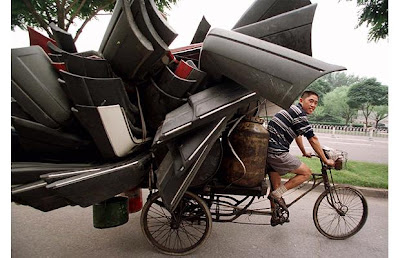 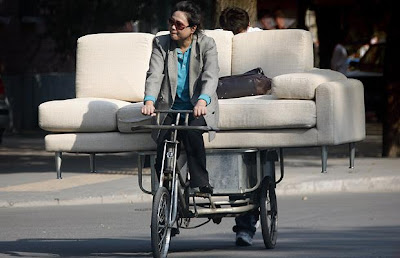