After eighty-four days, I have my first grow-table harvest!  Yeah, its only cilantro, but you can't get that at any grocery store these days so it feels like a big deal :) 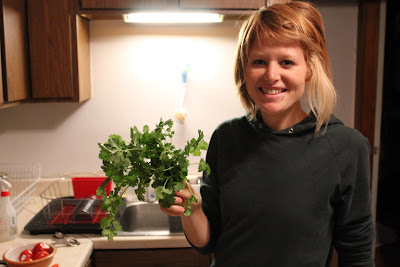 Some 'minnesota-in-the-winter-fajitas' were made with it:

By direct-sowing seed, the plants I have started over the last few weeks have been growing WAY faster than the ones I started as small transplants at the beginning of the project.  After only 1 month I have an 6" high tomato: 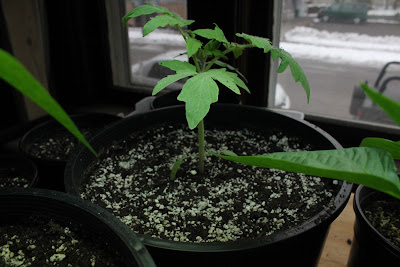 and a crazy green bean: 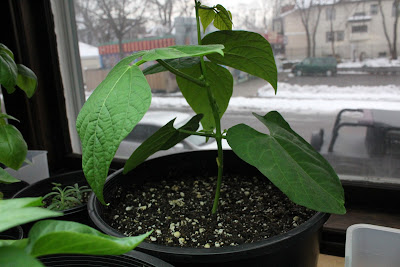 Some of the veggies planted at the beginning of the project (jalapeno and bell peppers) got transplanted into 10" diameter pots which should be big enough to hold them for the rest of their life.  I'm testing two bell peppers to see how they do in different sized pots.  They were both planted at the same time.  Greens and herbs can be grown in the 6" diameter pots, but vegetables should ideally be put in 10-12" ones.  It is still yet to be seen if the plants have enough light to eventually fruit, finger's crossed for that.This jalapeno has buds starting on it:


The romaine I started on August 15th is probably ready to harvest as well: 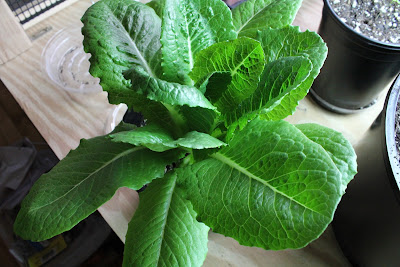 Here is a shot of the whole garden as it is now.  I especially like these shots because you can see the snow in the background. Having never grown a plant in my LIFE before this project, I'm feeling pretty good about being able to grow them in the snow :). 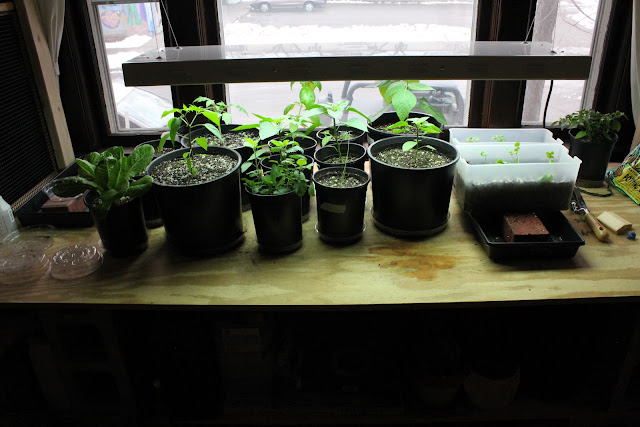